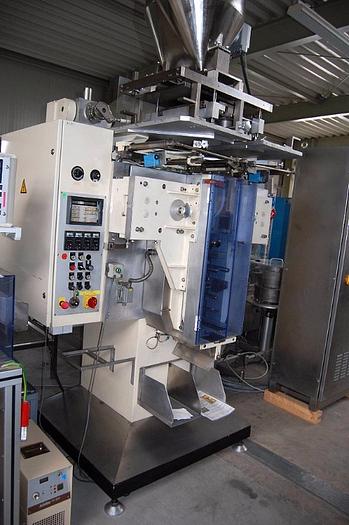 The sachets are produced from a single reel of foil which is mounted at the rear of the machine and is sliced centrally, the two webs are then re-joined to form the sachet.

Suitable for granules and liquids.

Fitted with product feeder for powders.

Variable speed with a maximum speed of 120 strokes per minute (currently resulting in an output of 240 sachets per minute).

Fitted with an edge sensing system which continually monitors the film.